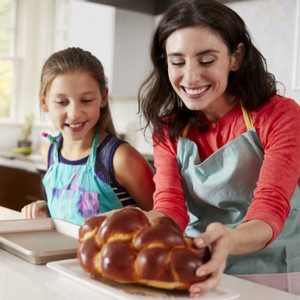 The Jewish Perspective on Child Safety

Judaism teaches that every person is created with tzelem elokim, in G-d’s image, and is deserving of dignity and respect. It the responsibility of every Jew to help protect children and young people from abuse. As an employee or volunteer in a Jewish organization, you are an essential part of efforts to create safe, nourishing, and respectful environments.

Here are some examples of abuse that may be occurring in your Jewish community:

Physical Abuse is a pattern of violent behavior that is often concealed, along with its resulting injuries.

Sarah doesn’t want to take her hoodie off on a warm evening at a family barbecue. She is reluctant to join in the spirited game of kickball with her cousins. When you ask if she is feeling ok, she responds that she is fine.

Later, when you see her wince as she reaches for her soda, you mention that she seems to be favoring her right arm and ask again if all is ok. You keep a casual but caring tone. Sarah assures you she’s just tired.

You remind her that you love her and that if she’s hurt, you want to help. She mumbles that maybe she could talk to you about it later. A couple of hours later, Sarah rolls up her sleeve and reveals a hand-shaped bruise across her forearm. She hesitantly tells you who put it there.

Child Neglect is the failure to provide for a child’s basic needs.

As usual, Zach bounces in from school, grabs his favorite snack, and starts talking about his day.” Avi smells bad,” he says as part of his daily report, “And now he looks funny.” His father, Michael, simply comments, “Oh?”

“Yeah, and he always wants to know if I have any extras in my lunch. I gave him some chips,” Zach says as he slides off the stool, running off to play.

Michael knows that Avi’s house (down the street) is somewhat run-down, and he’s never seen Avi’s parents outside. For that matter, he’s never seen them at all. He suggests that his son invite Avi over to play.

When Avi comes over, Michael sees that he is very thin, and he eats three sandwiches in what seems only seconds! Michael notices that the boy is also wearing clothes that just don’t fit him at all, and he definitely needs a shower. After a couple of cookies, Avi opens up a little.

“Daddy spends a lot of time at work and Mommy sleeps a lot, so I don’t like to wake her up. I know how to fix my supper.” He says this as if it is no big deal. Michael realizes that this may be a situation of neglect and wonders if someone should intervene.

Emotional Abuse is a pattern of behavior by parents or caregivers that can seriously interfere with a child’s cognitive, emotional, psychological, or social development.

Miriam is 15 and she struggles with her weight. Her grandmother often comments on her weight when she comes to visit. “Miriam, you’re fat, no one will want to marry you!” she tells Miriam.

Her grandmother ropes in Miriam’s siblings and soon they’re all chanting “Miriam is ugly! Miriam is fat! Miriam will never get married!” Miriam cries and tries to lose weight, but even when she diets, her grandmother is relentless. “Miriam, you may be pretty on the inside now but you’re still fat and ugly on the outside,” her grandmother whispers to Miriam.

As a result of her grandmother’s emotional abuse, Miriam develops an eating disorder and struggles with self-harm and suicidal ideation.

Sexual Abuse is a form of abuse that includes sexual activity with or in front of a minor.

“David, what do you mean?” asks his father.

Slowly, David opens up and describes being sexual abused by Rabbi Feldman while they learn alone after school.

His parents are shocked and horrified. Rabbi Feldman is a respected member of the community and a close family friend. He tutored many children and there were no issues that they know of.

David’s parents believe David and call the police. The police investigate and discover that Rabbi Feldman has been abusing many children over the years.

What are you doing to recognize and prevent abuse in the Jewish community? Explore the Jewish perspective on child safety with online Jewish training classes:

This site uses Akismet to reduce spam. Learn how your comment data is processed.